In Conversation with Catharine Pendrel

As a three time Olympian, two time World Champion, and member of the Clif Pro Team, you can imagine Pendrel spends a good amount of time travelling with her bike. In addition to seeking top results among some of the strongest athletes in the world, she’s been seeking something else to which she gives high priority: the classic mountain bike trifecta of coffee, trails and beer.

“When I go travelling, I want to know where is the good coffee shop? Where are the good trails? And where are you going to have dinner and a drink that evening?”, says Pendrel.

Other than being a tad faster, is Catharine Pendrel so different from you?

We spoke to Catharine in the midst of the Covid-19 pandemic from her home in Kamloops where she lives with her husband and coach, Keith Wilson. She indicated she was faring pretty well given the circumstances. Although two of her goto trail networks are closed, she still has 3 hours worth of single track right out her back door. Not the worst situation.

Raised on her family farm in the tiny village of Harvey Station, close to Fredericton, New Brunswick, Pendrel got her racing start at 16 after a youth spent competing in horse riding events. With backyard trails built by her older brother, National DH Team member, Geoff Pendrel, she not only had a facility to develop her riding but an older brother to try and keep up with, as well.

When I go travelling, I want to know where is the good coffee shop? Where are the good trails? And where are you going to have dinner and a drink that evening?

Before she left the Maritimes, there were very few trails compared with what exists today. “I primarily stuck to two hour rides”, she remembers. “It was intimidating – especially to go out by myself. Back then, my world felt so small because I didn’t really stray that far from my home”.

After a few years racing locally, she did stray far from home – all the way to BC to attend university in Victoria. It was there that she both established herself as an elite racer and fell in love with Vancouver Island’s vibrant coffee and craft beer scenes. “In University we actually lived with a guy who had a brewery and that’s where I learned to like espresso and microbrews”. Beans, bikes and beers – Catharine Pendrel had found something good.

Finding this land rich with new found pleasures left trips back home a bit lacking. There was a severe shortage of all the delights to which she had become accustomed. “I would worry about the lack of good coffee. I feared Tim Horton’s and my parents Nescafe”, she jokes. “And when you grow up in the Maritimes, beer is Alpine. I don’t get it…”

Oh, how the times have changed. Good coffee and craft breweries abound. “I keep seeing more and more microbreweries popping up all over the Maritimes”, she exclaims. Even her hometown of Harvey is now home to Off Grid Ales, offering craft beer just down the road from the family farm.

Wow! They have really developed trails there. This is amazing. It makes you feel proud of your province.

She’s seen significant growth in trails, as well. In contrast to the limited trail options of the past, choices for riding are plenty. And with so many trails available and the fitness to complete four and five hour rides, she says, “I can really get a feel for the provinces and the area so much better”.

And she wants to. Traditionally, friend and National Team member Andrew L’Esperance has been her connection to the trails back east. As a fellow Maritimer, “He raves about Minto and other trails in Atlantic Canada. I’ll see pictures he’s posted and be like, ‘I want to ride there’”.

A few years ago, when travelling home to the Maritimes from the World Cup at Mont St. Anne, Pendrel stopped to ride Edmundston in northwest New Brunswick. “Wow! They have really developed trails there. This is amazing. It makes you feel proud of your province”. And for good reason – the trails are expansive, well built and fun to ride.

That leaves her with the next question, “If I was going to plan a trip, where would I go and how long do I need? I looked at a potential circuit in New Brunswick. Fredericton, Minto, Alma, White Rock, Caraquet, Campbellton… Having these destinations makes you want to explore more – knowing that there’s more out there”.

You get a sense of the strength of a mountain bike community by the number, quality and style of trails that are there.

After having a look at mtbatlantic.com, Pendrel is now getting a better sense of the scope of the trails emerging in Atlantic Canada. “It’s like rediscovering your own backyard”. And it’s not just the trails that are growing. The community of riders has blown up since Pendrel called the Maritimes home. “Now when I go, I’ll run into people that actually ride bikes. There’s a real community feeling in the Maritimes. You have this connection with others who have bikes on their cars”.

As is the case for most mountain bike travellers, this community connection is important to Pendrel. “When I go riding somewhere, I want to know what’s unique about that community. How they use the natural terrain to showcase their area. You get a sense of the strength of a mountain bike community by the number, quality and style of trails that are there”. Atlantic Canada is home to a high number of solid trails in various flavours.

After a day of riding, Pendrel enjoys a hearty feed and frosty beer from the local watering hole. This indulgence waxes and wanes according to her race calendar, but even if she needs to abstain from the suds to be in top form, her husband still wants one – and everybody’s gotta eat. The Maritime Provinces are rich with choice and quality in the culinary department as well, with plenty of options to keep you fed and watered for the next day’s adventure.

The Maritimes have changed a lot since Catharine Pendrel called this place home. You might say the east coast has caught up to and maybe even surpassed the expectations of those looking for a satisfying mountain bike experience. Atlantic Canada is likely where’d you least expect it. But as Pendrel is evidence, sometimes you can expect great things to come from small places.

If you want to visit Pendrel’s recommended trails, check out our Trip Ideas page! 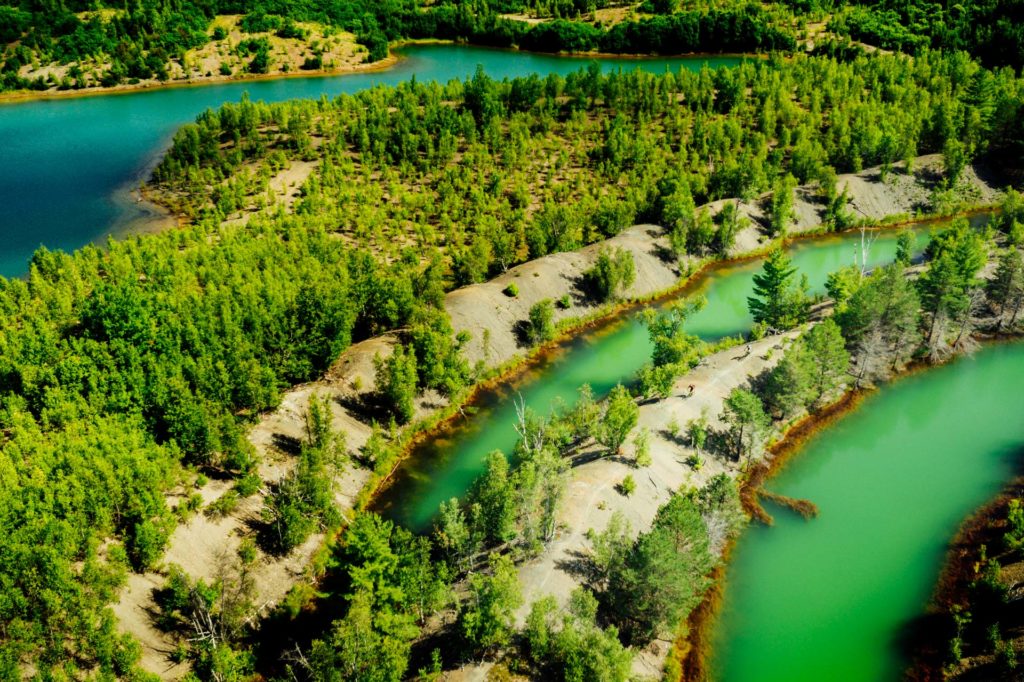